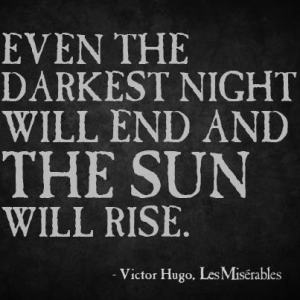 Wow. I have a lot to say, but tonight I am too tired to say it. But wanted to let you all know I am still alive here.

So, my last post… 4 photos, an entire story… I post it, it shows up 2 pics and no story. This site drives me crazy!!

Is it just me, or did your home page on WordPress also have every “Freshly Pressed” blog blacked out and labeled “censored”?  Weird!!

I logged on here  to post something semi-happy… you know, not all sad and grumpy like I usually post.  But then I had to go punish my parents’ dog for stealing the bagels out of the pantry!  So, I guess you’ll have to wait to hear me not-mope.  😉 Later!

Kiki’s birthday is Sunday, and since her current obsession is Pirates of the Caribbean (or, more specifically, Jack Sparrow and Will Turner!) that is her party theme.

I really needed to not spend as much money on her party as I have in the past, (I tend to go a little crazy) so we scoured thrift stores and discount places for the things we needed… and did we luck out!  We found all kinds of stuff that looks like treasure and other piratey things.  Then we happened to have some other stuff in the storage unit (like dress-up jewelry) that we were actually able to find…  I am going to make a pirate sail, – a Black Pearl sail, of course!  – and if you can believe it, I actually found a black sheet at the thrift store!  How likely is that to happen??

So, the table is set… 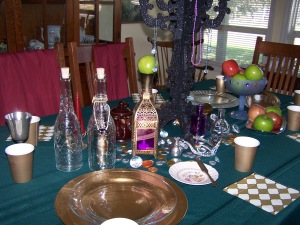 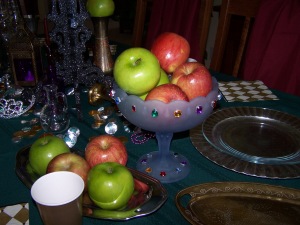 I went the lazy route and used a (modified) cake mix, so of course it wanted to fall apart… unlike a good scratch-made cake… oh well. It worked. 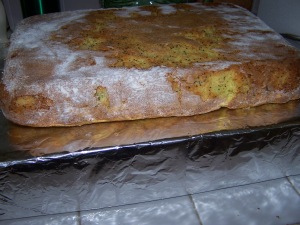 Here was my inspiration ~

So I covered the cake first with buttercream icing:

Meet me in Paris by Jejubi featuring leather handbags

To fashion a garden by Jejubi featuring a box clutch

Hoppy Easter! by Jejubi on Polyvore.com

Cute Chicks by Jejubi on Polyvore.com

stuff I talk about

(im?)Proper Parenting Art "Therapy" Christianity ~ trying to walk the walk Computers and Internet cooking and baking Crafts and other messes I make Deep Thoughts for Those Who Take Life Way Too Seriously Family Matters Food and drink Friends Friendships Holidays and Holy Days home decor Homeschooling Idaho I wish I could remember more of my memories! Just another day in the life Lessons I've learned love & marriage - yikes Mental & Physical Health (or the lack thereof) My Little Kiki My Pet Stories News and politics Observations Question of the Day Teenagers The Real Me Travel Uncategorized Weird stuff

People are reading this stuff

What I’ve talked about lately